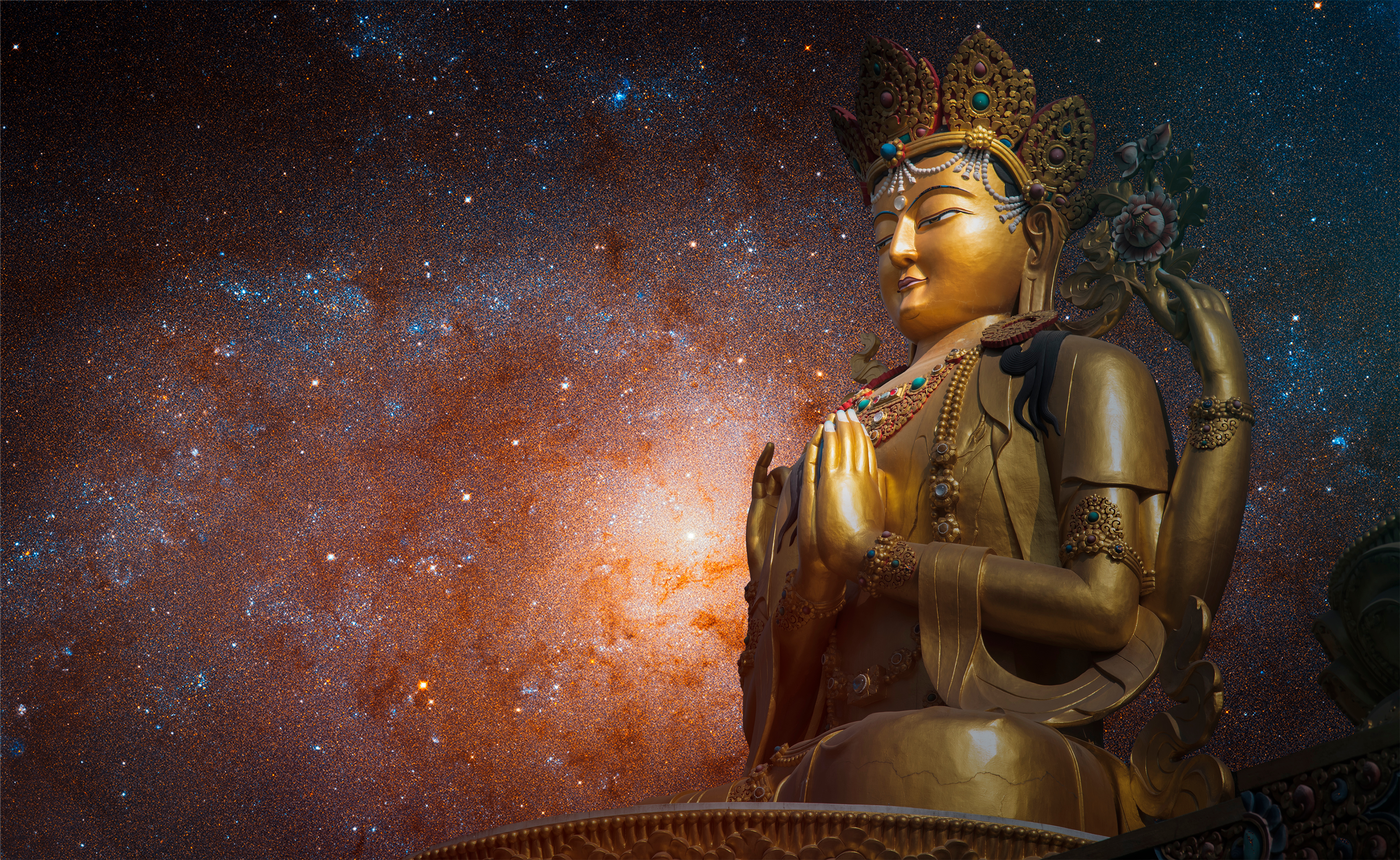 Ring in the New Year with friends of Tibet House US | Menla!

Following the 13-year old tradition of celebrating the Roman New Year in the magic garden secret valley of the Deep Blue Medicine Buddha, Menla Retreat and Spa Resort invites one & all to party, practice, and pray with Dharma, Yoga, Mantra, and Kirtan!

Teachings, practices, and musical performances with a stellar lineup:

Join us all seekers of reality, lovers of Mother Earth, and all her precious sensitive beings! 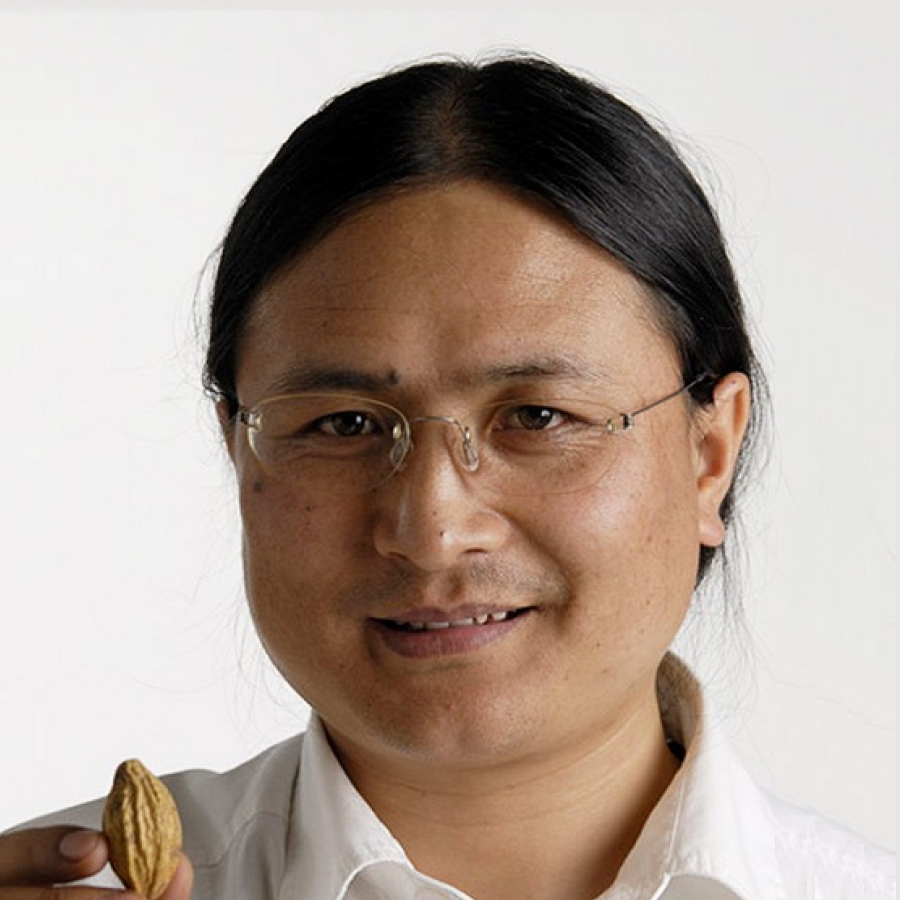 Alongside his medical education, Dr. Nida trained in Vajrayana with teachers from every school of Tibetan Buddhism, especially in the Longchen Nyingthig of the Nyingma school from his root teacher Ani Ngawang Gyaltsen and in the Dudjom Tersar lineage from Chönyid Rinpoche and Sremo Dechen Yudron. He received complete teachings in the Yuthok Nyingthig lineage, the unique spiritual tradition of Tibetan Medicine, from his teachers Khenpo Tsultrim Gyaltsen and Khenchen Troru Tsenam, and was requested to continue the lineage by Jamyang Rinpoche of the Rebkong ngakpa/ma (non-monastic yogi and yogini) tradition.

A well-known poet in his youth, Dr. Nida later published many articles and books on Sowa Rigpa (Traditional Tibetan Medicine) and the Yuthok Nyingthig tradition both in the Tibetan and English languages which have been translated into several languages. He has gained high acclaim in the East and West for his revival of little known traditional Tibetan external healing therapies.

Dr. Nida is the Co-Founder & Medical Director of Sorig Khang International and the Sorig Institute; Co-Founder of the International Ngakmang Institute, established to preserve and maintain the Rebkong ngakpa/ma non-monastic yogi/ini culture within modern Tibetan society; and Co-Founder and principle teacher at Pure Land Farms: Center for Tibetan Medicine, Meditation and Rejuvenation in Los Angeles, California. In addition to his work as a physician, he trains students in Sowa Rigpa and the Yuthok Nyingthig tradition in over forty countries around the world.

Yungchen Lhamo was born and raised in Lhasa, Tibet. Her name, which translates to “Goddess of Melody and Song," was given to her by a holy man at birth. She crossed the Himalayan Mountains to Dharamshala, India, in order to pursue her dreams. Yungchen later moved to Australia, where she began to sing prayers of meditation that inspired her to create her first CD, Tibetan Prayer, which won the Australian Recording Industry Award (ARIA) for best world album in 1995.

Yungchen began performing throughout world and had the privilege of being signed by Mr. Peter Gabriel to his recording company, Real World Records. She released her second CD Tibet, Tibet in 1996.

During this period, Yungchen was honored to have the opportunity to sing at Carnegie Hall on two occasions with musical greats such as Philip Glass, Michael Stipe, Natalie Merchant, and many others.

Yungchen also performed at the 1997 Lilith Fair festival with Natalie Merchant, Sarah McLachlan, Sheryl Crow, and Jewel. Around this time, she was invited by Laurie Anderson to perform at the Royal Albert Hall in London, sharing the stage with Sir Paul McCartney, Annie Lennox, and Lou Reed. 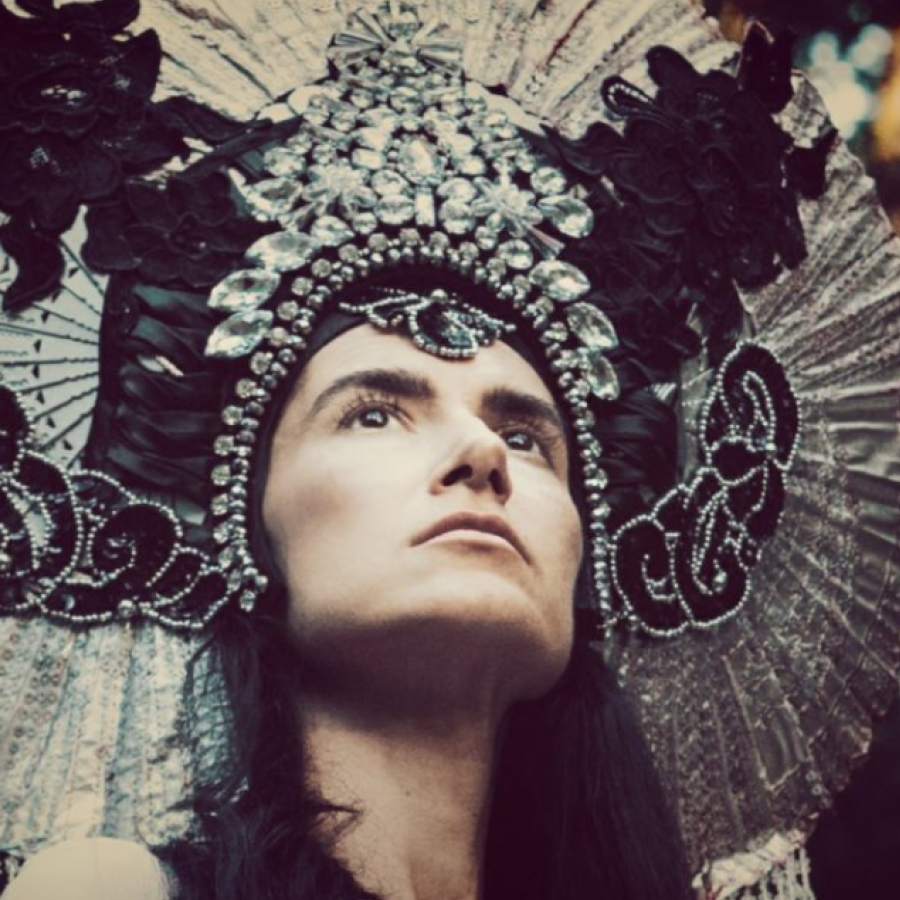 Simrit, chart-topping and world renowned musician and vocalist, has been studying and working with the science of sound and consciousness for two decades. Alongside her bands, Simrit creates vibrationally powerful and healing music to impact both positive internal & external change. Decades of study and experimentation with Kundalini yoga deepened Simrit's relationship to the quantum technology of Naad Yoga (the ancient science of using sound to impact the brain’s neural pathways and chemicals, eliciting altered states of reality); the effects of which influence her music. In April 2020, the SIMRIT band released their Live in Los Angeles album. Over the 2020 Summer, the SIMRIT band also released 6 new singles including the moody and epic music video to new release Some May Say. Also in Summer 2020, Simrit began collaborating with some of Roots Reggae's heavyweights and formed together a band named Zion Collective. Simrit also hosts regular classes, known as SIMRIT SESSIONS, centered on conscious repatterning. In June 2020, Simrit debuted her real talk, talk-show called The Athena Council with all range of powerful and influential female guests such as Sirius XM’s ‘Sex with Emily’ star Emily Morse and the timeless Belinda Carlisle of The Go-Go’s. Simrit’s highly acclaimed courses, including The Supreme Sound 2.0 are studied worldwide. 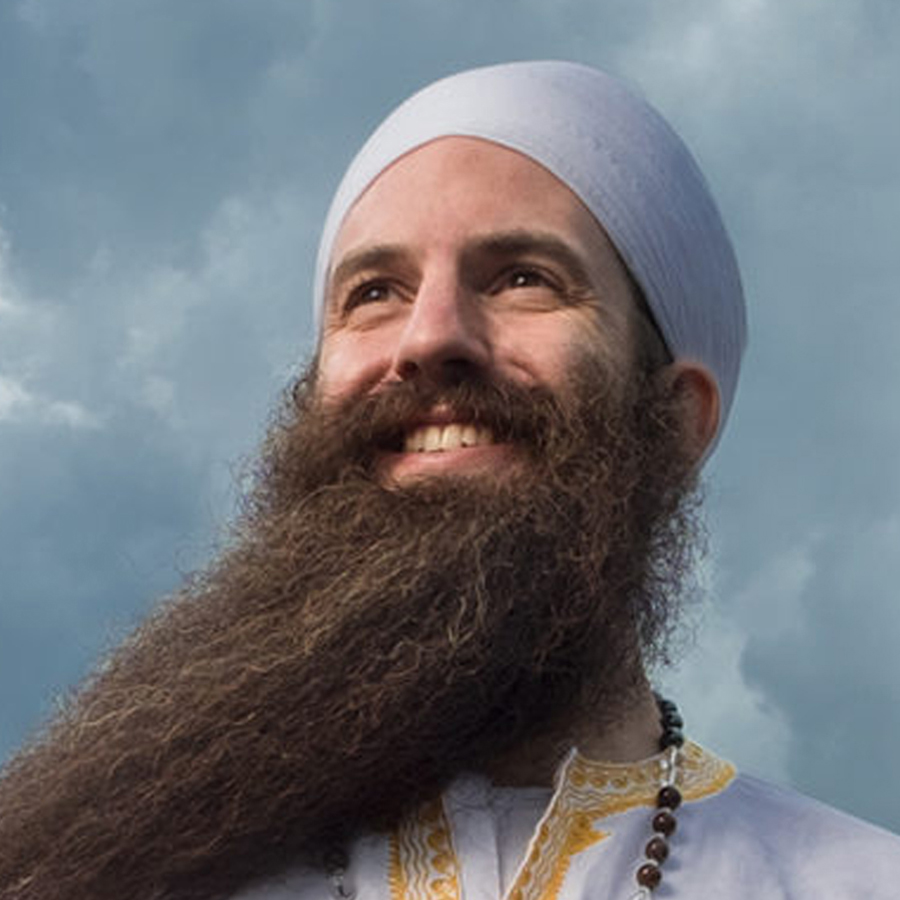 Jai Dev Singh is a yogi and internationally renowned teacher. He is the founder and principal teacher of the Life-Force Academy - a global community for yogic teachings and practices with thousands of students in over 60 countries around the world. Jai Dev has also authored numerous courses on Kundalini Yoga & Ayurveda.  He is a Clinical Ayurvedic Specialist and formerly served as the Clinical Director at the California College of Ayurveda. He travels all over the world sharing the ancient yogic teachings in a uniquely accessible way that is relevant to our times. 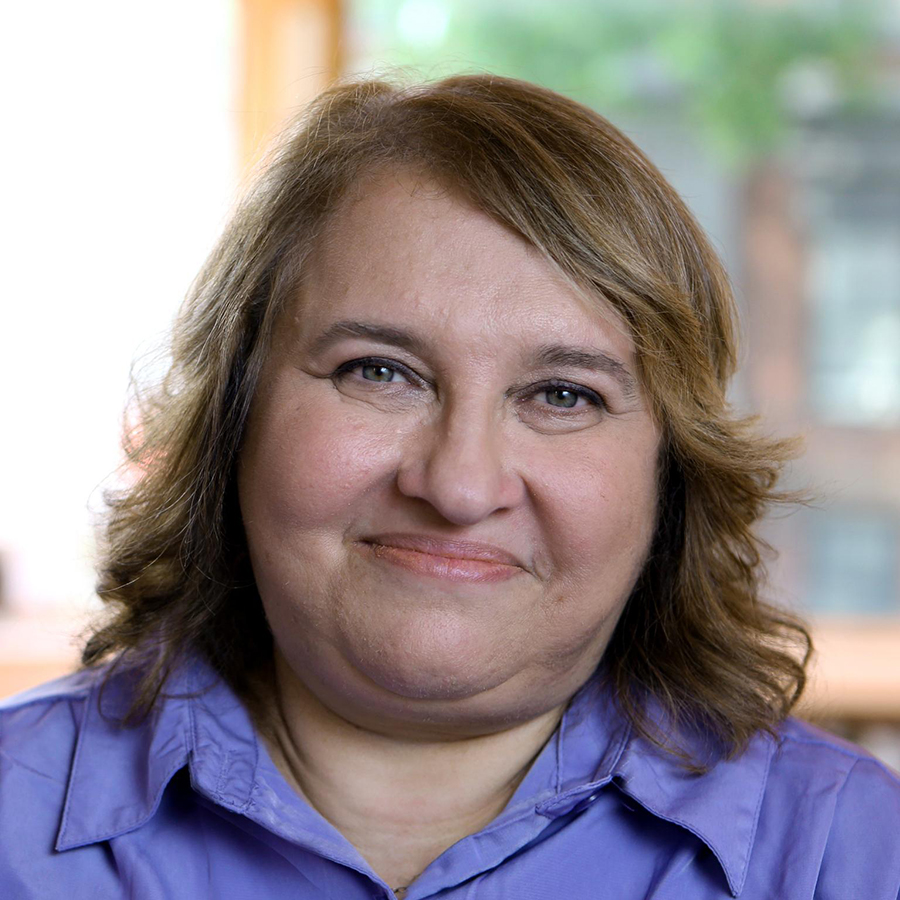 Sharon Salzberg is a central figure in the field of meditation, a world-renowned teacher and New York Times bestselling author. She has played a crucial role in bringing meditation and mindfulness practices to the West and into mainstream culture since 1974, when she first began teaching.

She is the co-founder of the Insight Meditation Society in Barre, MA and the author of ten books including NY Times bestseller, Real Happiness, her seminal work, Loving Kindness and her most release by Flatiron Books, Real Love: The Art of Mindful Connection.

Renowned for her down-to-earth teaching style, Sharon offers a secular, modern approach to Buddhist teachings, making them instantly accessible. She is a regular columnist for On Being, a contributor to Huffington Post, and the host of her own podcast on The Be Here Now Network: The Metta Hour. 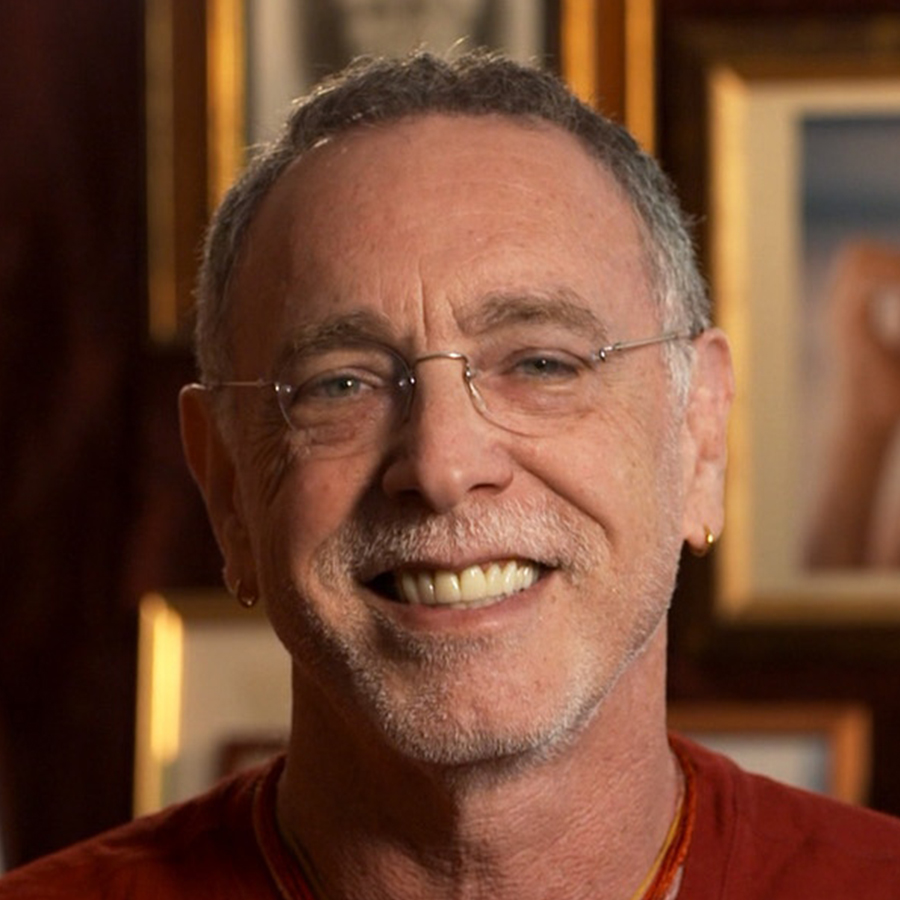 Krishna Das has been called yoga’s “rock star,” layering traditional kirtan with instantly accessible melodies and modern instrumentation. With a remarkably soulful voice KD has taken the call-and-response chanting out of yoga centers and into concert halls, becoming the best-selling western chant artist of all time. Krishna Das has released 14 well received albums, including Live Ananda (released January 2012) that was nominated for a Grammy in the Best New Age album category & his most recent release Kirtan Wallah. In 2014 the Kirtan Wallah Foundation was formed.

Krishna Das now travels the world sharing his kirtan practice and wonderful stories of his life on the spiritual path, and discusses bringing chanting into our lives through retreats and workshops. 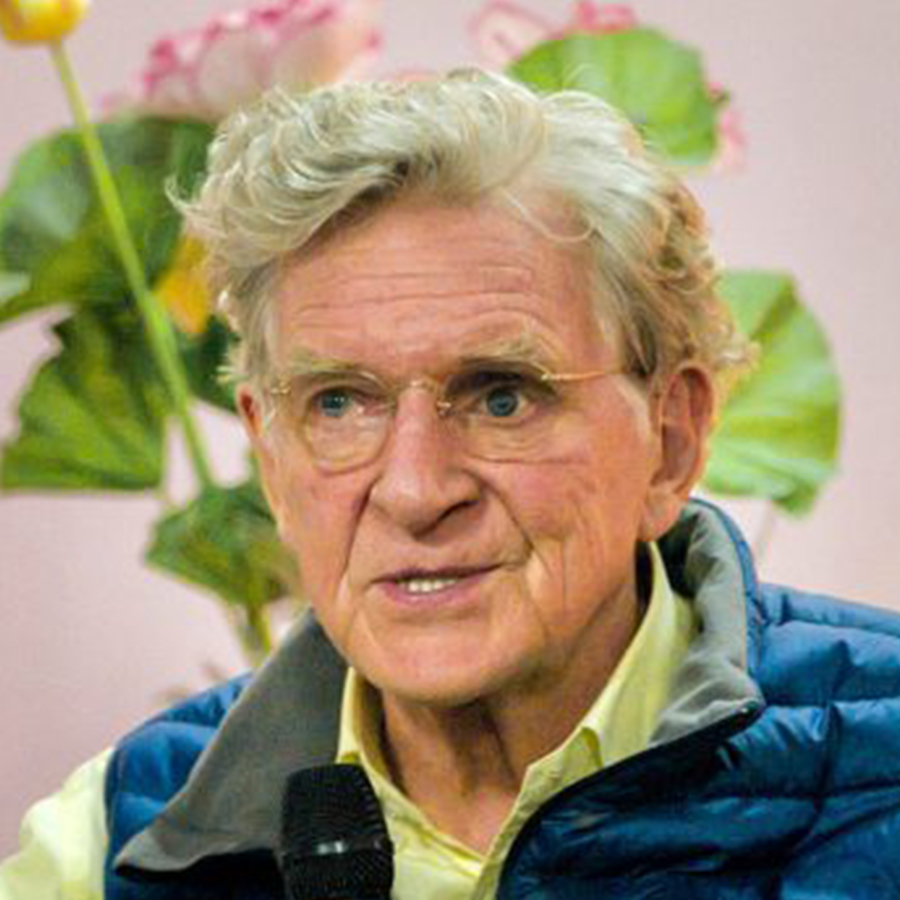 Robert Thurman is Professor of Indo-Tibetan Buddhist Studies at Columbia University as well as Co-Founder and President of Tibet House US/Menla in service of HH Dalai Lama & the people of Tibet. A close friend of the Dalai Lama’s for over 50 years, he is a leading world-wide lecturer on Tibetan Buddhism, passionate activist for the plight of the Tibetan people, skilled translator of Buddhist texts, and inspiring writer of popular Buddhist books. His most recent book is the 300 page graphic novel, Man of Peace: the Illustrated Life Story of the Dalai Lama of Tibet.

In partnership with Nena Thurman and dedicated contributors, he now focuses on making Tibet House US and its Menla Retreat & Spa a global center for the promotion, study and practice of Tibetan Buddhist healing arts and sciences of body, mind, and spirit, dedicated as a complement to the vast life work of its patron, His Holiness the Dalai Lama. 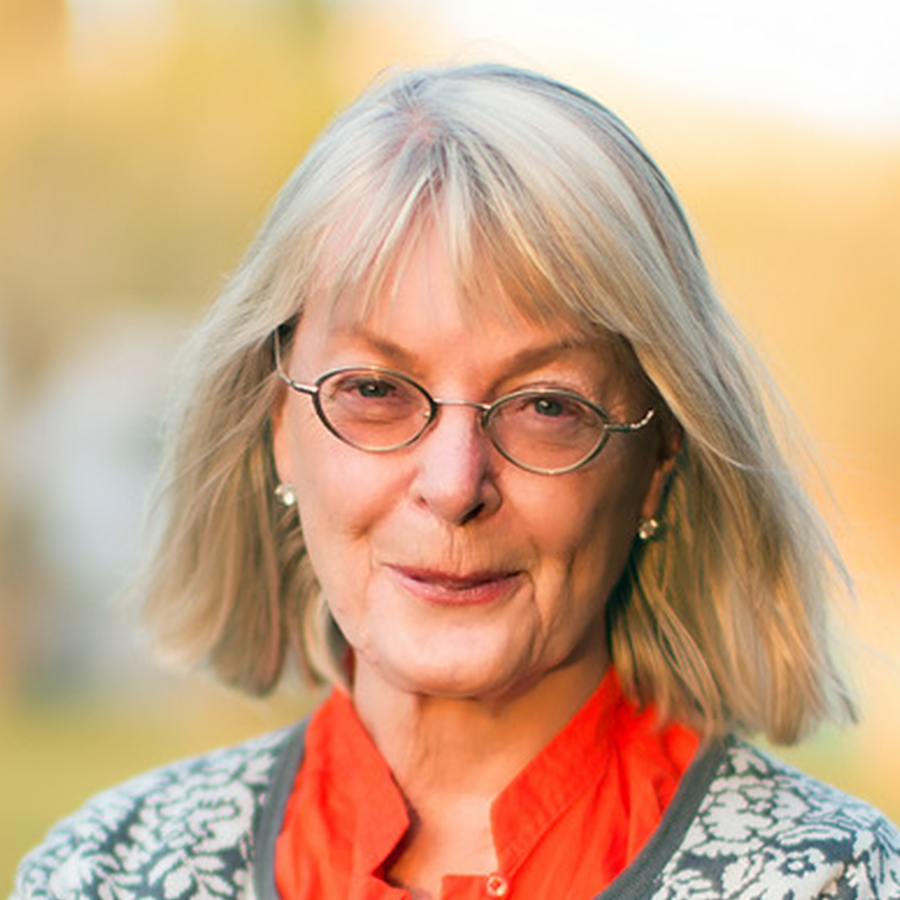 Nena Thurman is the Executive Chairwoman of Tibet House US and Menla. She has been married to Robert Thurman for over 50 years, and together they have raised four children, including Tibet House US Executive Director Ganden Thurman and renowned actress Uma Thurman.

She was a successful fashion model in the 1950s and ’60s before becoming a psychotherapist. In 1991 Nena joined the board of the newly established Tibet House US, and in 2001 she began working on establishing and developing Menla. Nena oversees the general management of Menla as well as all interior design. Since the inception of Dewa Spa she has overseen all aspects of its design, construction, and development. 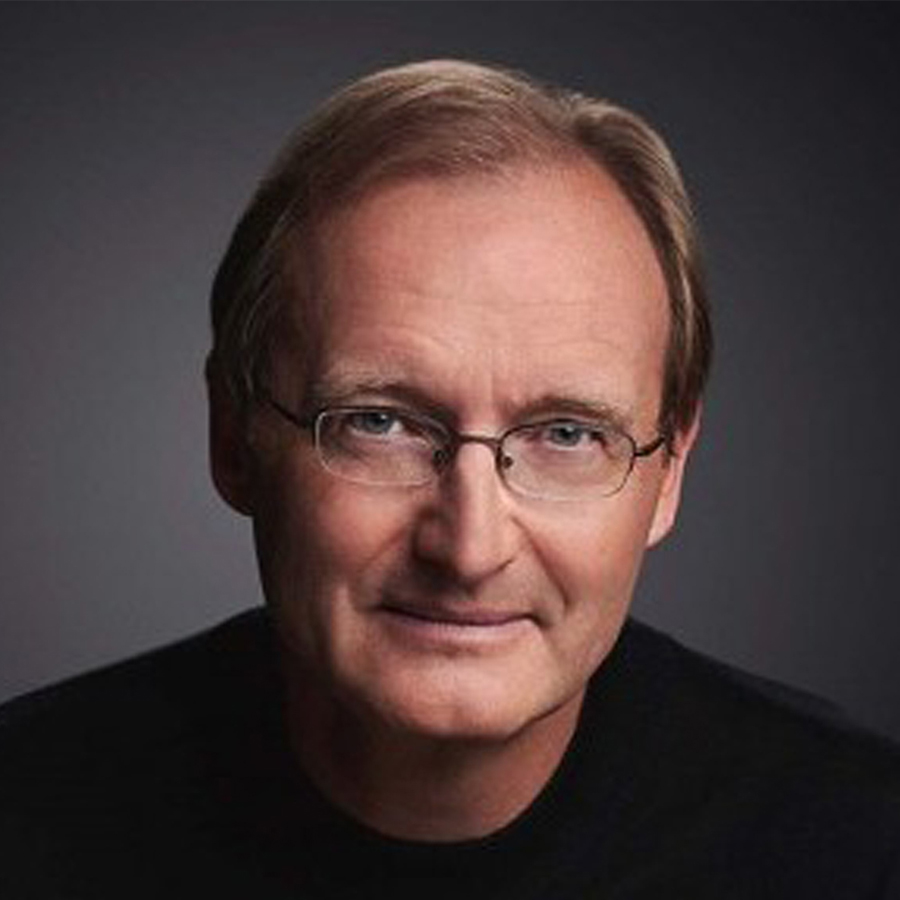 Andrew Holecek has completed the traditional three-year Buddhist meditation retreat and offers seminars internationally on meditation, dream yoga, and the art of dying. He is the author of many books, including Preparing to Die: Practical Advice and Spiritual Wisdom From the Tibetan Buddhist Tradition, and Dream Yoga: Illuminating Your Life Through Lucid Dreaming and the Tibetan Yogas of Sleep. His work has appeared in Parabola, Lion’s Roar, Tricycle, Utne Reader, Buddhadharma, Light of Consciousness, and many other periodicals. Andrew’s work joins the knowledge of the West with the wisdom of the East in providing a full-spectrum approach to help us realize our human potential. He holds degrees in classical music, biology, and a doctorate in dental surgery. Andrew lives in Boulder, Colorado. 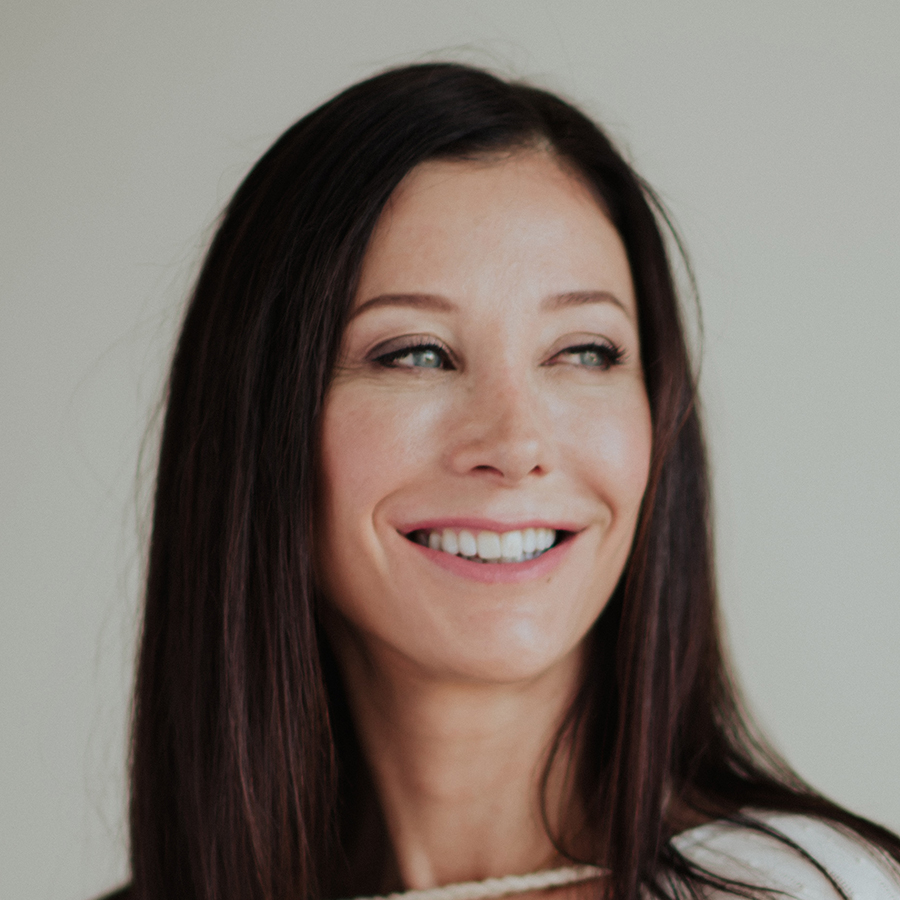 Michele Loew is an international yoga teacher & practitioner of Hatha & Tibetan Yogas, & the founding director of the Vajra Yoga School of Comparative Buddhist & Indic Yogic studies she co-teaches with Professor Robert A.F. Thurman at Menla & abroad. Based in Portland, Oregon, she has taught, practiced, & studied avidly since 1998, and continues to run her longtime yoga school and beloved studio, The Yoga Space.

Her love and commitment to the unexcelled yoga tantras of Vajrayana as a path towards perfect enlightenment and the integration of those teachings with the Hatha yogas more broadly practiced today, infuses her work with great joy & commitment to a more compassionate and awakened world.

She honors the lineage of teachers she comes from and bows to her longtime Hatha & Classical Yoga teacher, Richard Freeman,To Robert Thurman, her beloved principle teacher in Buddhist science and her root guru His Holiness the Dalai Lama, the deepest bow for empowering her in the anuttara yogas. 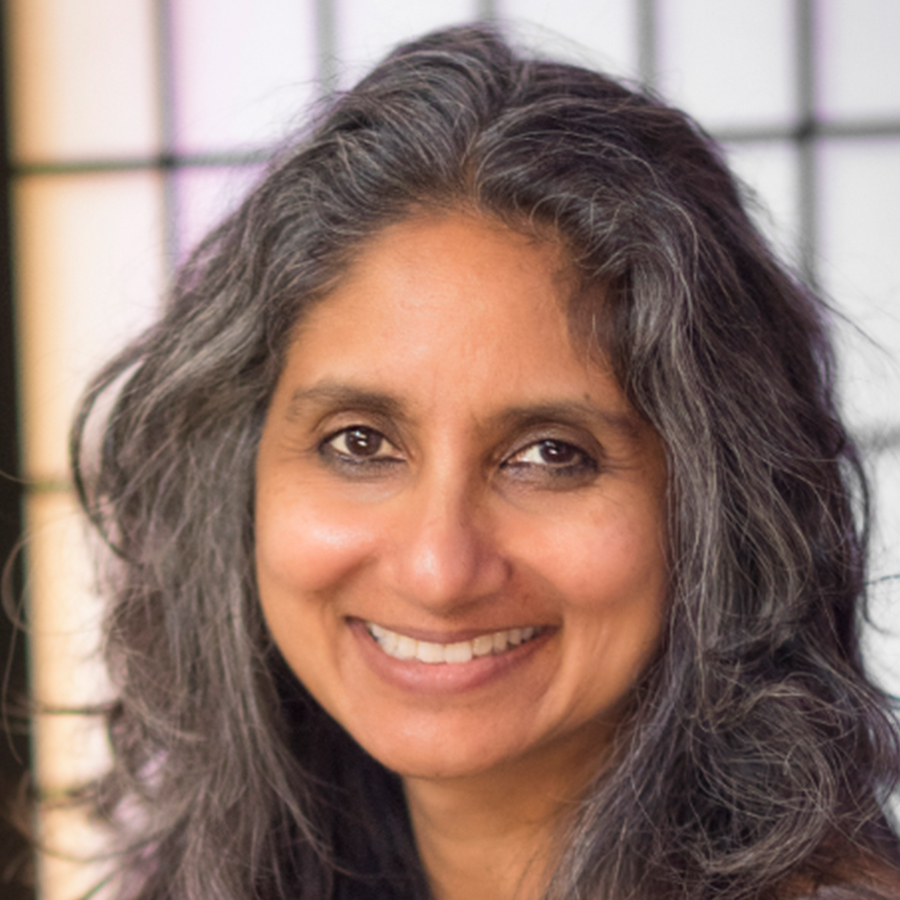 Nina Rao learned traditional chants (bhajans) from her grandfather in a village in south India when she nine years old. The chants quietly stayed with her until she rediscovered chanting with Krishna Das in New York in 1996. For many years Nina has been Krishna Das' business manager and assistant, often touring with him playing cymbals and singing. In 2007, she recorded the track 'Nina Chalisa' on Krishna Das' CD &quot;Flow of Grace &quot; and in January 2013, she released her debut album, &quot;Antarayaami - Knower of All Hearts&quot; and her 2018 release, “Anubhav.” Nina regularly leads kirtan, chanting of the Hanuman Chalisa, and sings for yoga classes in her hometown of Brooklyn, NY and beyond. 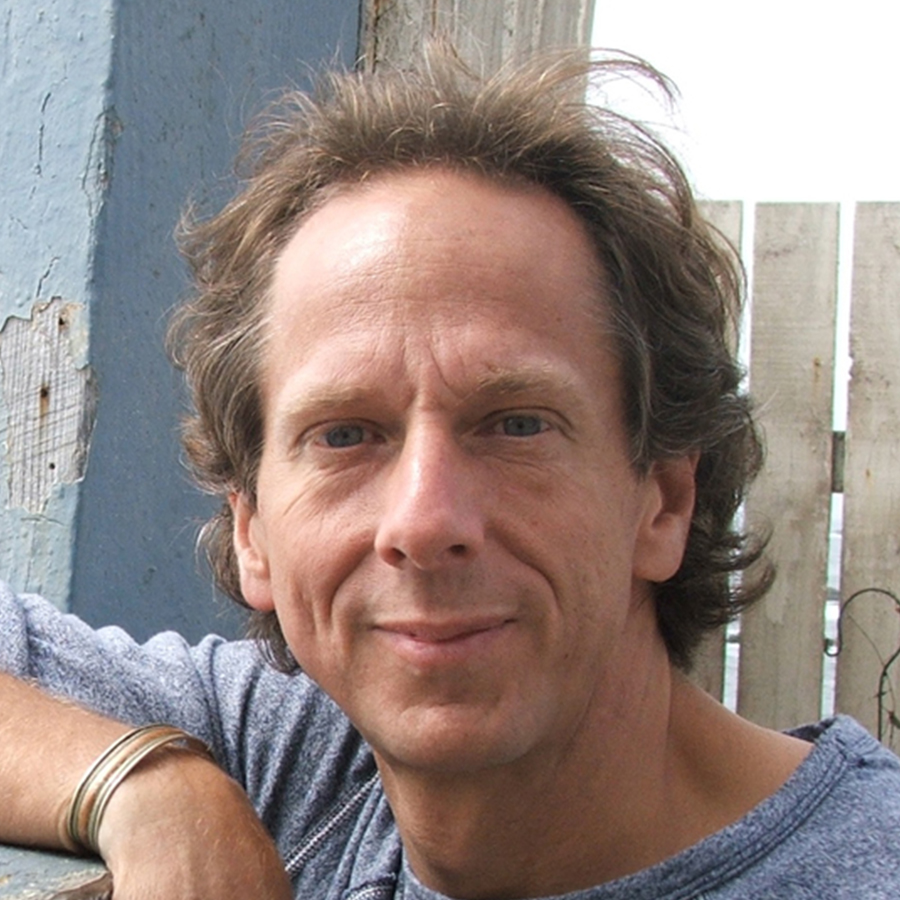 Alexander Mallon, a celebrated astrologer and intuitive, has practiced for over 45 years, sharing his gifts with clientele spanning the globe, from NY to New Zealand. Discovering his calling very early in life, Alexander began his work professionally with private clients including corporate leaders, political figures, entrepreneurs, physicians, lawyers, artists and actors. Over the years he has been featured on numerous radio and television programs, and for 5 years, had his own call-in live TV program “New Planet” which aired in Manhattan and the San Francisco Bay area. Alexander holds a Certificate of Astrological Study from the Astrological Research Center of New York, and holds a degree in Art Therapy from Long Island University School of Visual and Performing Arts. Known for his compassionate style and also his direct laser-like insight, Alexander provides Consulting, Coaching and Counseling services for individuals, couples, and corporations. As an avid amateur astronomer and sky observer, Alexander also conducts classes and “experientials” in astronomy and sky lore at his private observatory in Charleston, SC.

To learn more about Alexander: www.astrologyspirit.com

Every morning yogas of various traditions, every day Dharma lessons of various levels, every evening mantra chanting, and bhakti kirtan, dip in when and where you like, and keep the package for constant renewal throughout the year!

Enter the New Year in Prayer

Join our most esteemed teachers, yogis, musicians and friends to ring in the New Year with consciousness, laughter, and prayer. 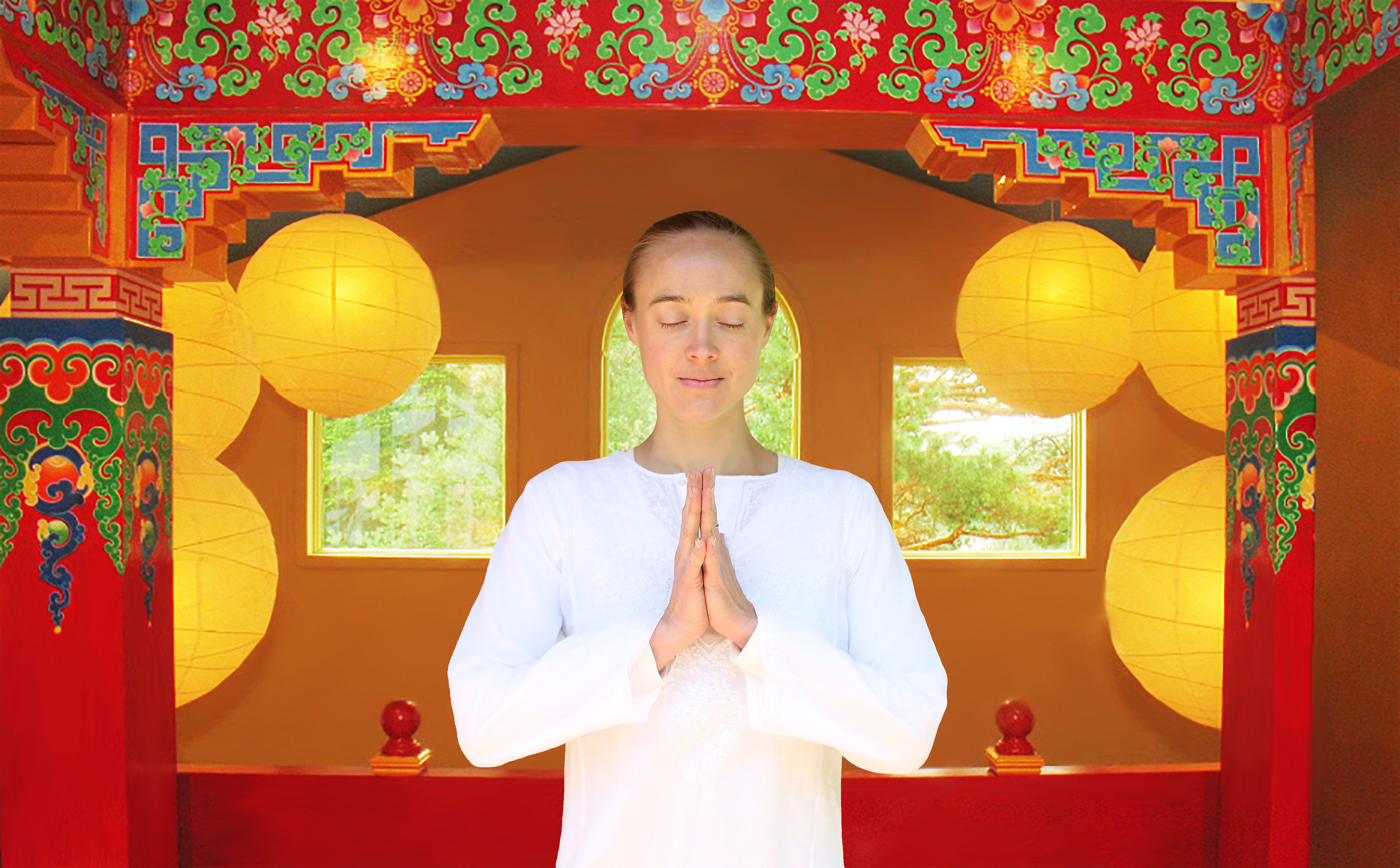 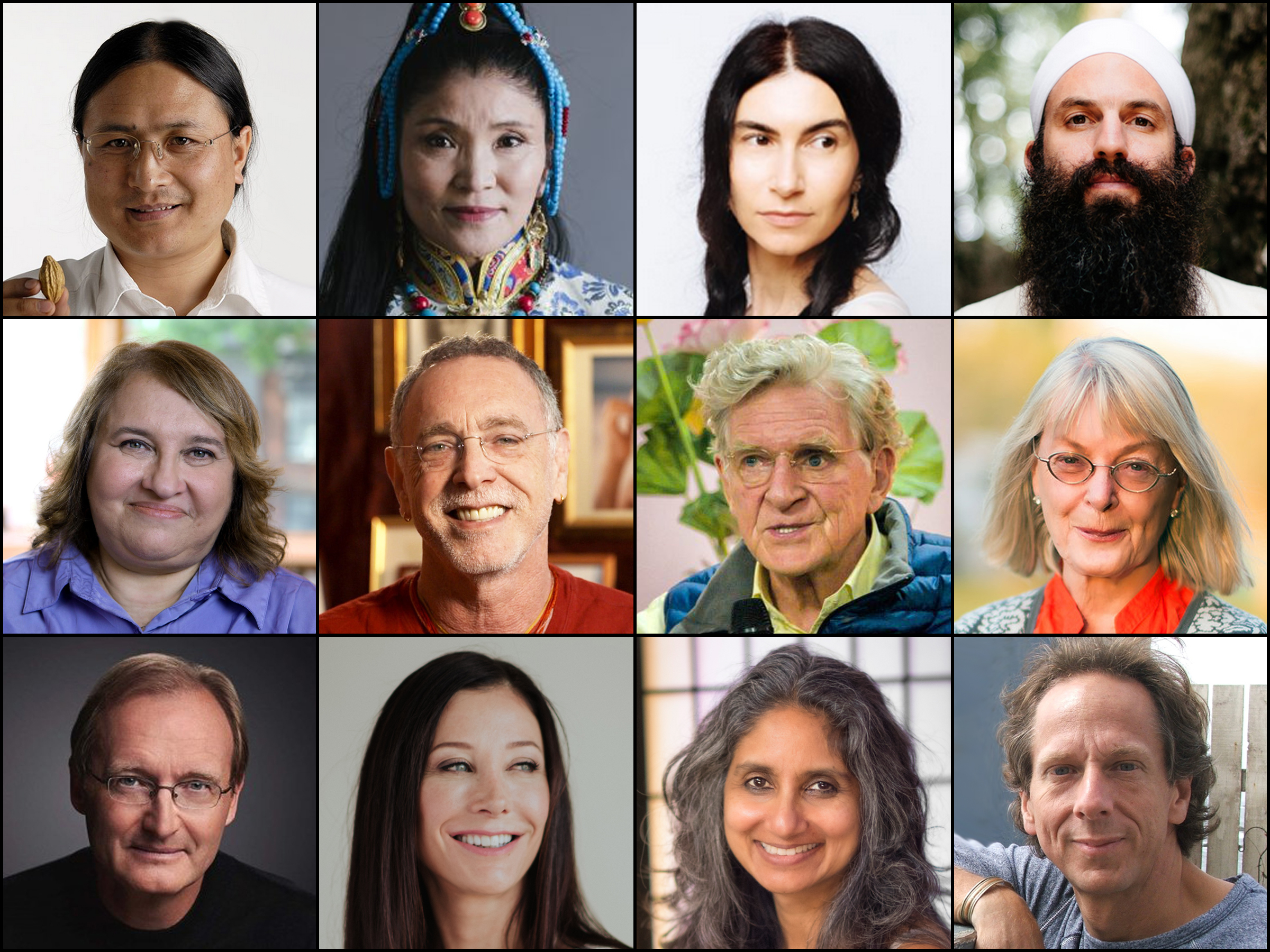